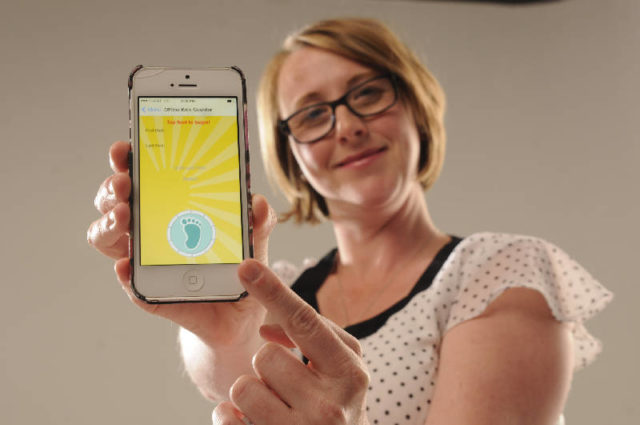 In 2008, SA began work on an awareness campaign named Count the Kicks, a public health initiative started by five Iowa women who turned the heartache of losing their baby girls to stillbirth or infant death, into a movement of saving babies’ lives. The campaign was officially launched in 2009 and since then, Count the Kicks has grown, continuing to save the lives of babies near and far.

They have created a network of supportive hospitals, doctors and advocates who are spreading their message, have ambassadors in seven states and helped get Iowa’s Stillbirth Registry law enacted. They also recently launched a Count the Kicks! free mobile app over Mother’s Day that helps pregnant women track their baby’s movements.

Scientific studies indicate kick counting, a daily record of a baby’s movements including kicks, rolls, punches, jabs during the third trimester, is an easy, free and reliable way to monitor a baby’s well-being in addition to regular prenatal visits.

SA’s commitment to support the Count the Kicks campaign has continued over the years with updates to creative materials such as brochures, posters and reminder cards in both English and Spanish. Our team also worked with Count the Kicks’ board members to help launch the mobile app by contacting media across the nation. Some of the resulting stories can be found on KCCI and News Channel 9.

If you’re expecting, or know someone who is, please download the app, share these links, and help spread the word!

The Count the Kicks! app is available in both the iTunes App Store and Google Play Store for download.

To learn more about Count the Kicks, please visit countthekicks.org.